Simultaneously with the start of the Tecnargilla fair in Rimini, a special day dedicated to the world of sanitary ceramics was held at Sacmi Imola. Over 140 customers from five continents enjoyed the opportunity to see live demos of the latest Group-developed technological and plant engineering innovations, highlighting a strong commitment to automation, flexibility and process digitilization.

“What drives us?” What guides us, then, on the way towards the future of ceramic sanitaryware? This was the theme of a very special day. On 26 September 2016 – simultaneously with the start of the international Tecnargilla fair in Rimini – over 140 client company managers and representatives from 40 countries visited both the factory and the research facility at Imola to find out more about the latest Group-developed sanitaryware industry solutions.

“Events such as these are essential”, stated Daniele Coralli, the Division’s General Manager, “as they let customers see the machines in action and fully appreciate the importance of new features and technical characteristics. They also promote networking between top-flight international companies, allowing for comparison and a heightened understanding of the latest developments in technology, plant engineering and market trends”.

A leading protagonist at Tecnargilla in Rimini with cutting-edge solutions that explore the new frontier of collaborative robotics, Sacmi decided to show international customers the significant improvements made to the AVI high pressure casting cell; this was previewed at the last edition of the Rimini fair and this time was showcased with a major process automation upgrade. The latest version of the casting module – designed to handle WCs with stick-on rims using moulds with between 4 and 7 parts – requires, in fact, no worker intervention. All casting, mould handling and mould replacement tasks are performed by anthropomorphic robots, with changeover times now cut to under 15 minutes, with the user able to manage two distinct casting modules in parallel with just one robot. In essence, this solution is the best response to the sanitaryware market’s natural need for flexibility: in every instance, the changeover time is shorter than the cycle time, thus eliminating downtimes, boosting process repeatability and quality and making work easier (the operator never has to physically enter the casting cell as all casting and mould changeover tasks can be conveniently managed via the user-friendly interface).

“Automation in sanitaryware”, explains Daniele Coralli, “is a dual frontier. On the one hand, Sacmi has developed ever-more advanced integrated production centres in which the robot plays a pivotal role, handling every aspect of production, eliminating any need for manual intervention, raising product quality and, last but not least, improving workplace safety. On the other, Sacmi is exploring the new frontier of collaborative robotics in which robots work should-to-shoulder with personnel, ‘borrowing’ solutions already used extensively in other sectors such as the automotive industry”. One of these – which participants at the special day in Imola later had the opportunity to see in action during the Rimini-held Tecnargilla fair – was recently included in the Sacmi Sanitaryware Division’s plant engineering range. Equipped with cutting-edge safety systems, the robot that Sacmi uses for sanitaryware applications is built by the industry-leading multinational Fanuc and is designed to help workers handle the fired pieces to be inspected. Thanks to its outstanding ability to work alongside people, the robot can dynamically control all product handling, eliminating repetitive, tiring or awkward tasks and thus bringing the industry into line with the latest European directives on ergonomics in the workplace.

Something entirely new for 2016 that visitors to Sacmi Imola had the opportunity to see first-hand during their morning factory visit was the new ADI casting cell, designed to cast sinks and large console washbasins. With this unit the robot controls all the casting and mould opening/clamping tasks while mould replacement is handled by two workers in under 15 minutes (in complete safety and with the aid of a simple forklift), an approach dictated by the high weight of the moulds, sometimes heavier than 1,000 kg each. This solution offers outstanding flexibility as it is compatible with existing moulds already produced by Sacmi for the established ALS, ADS and ADM units. As with the AVI cell, mould replacement tasks – while requiring some manual intervention – can be completed in a time less than or equal to that of the production cycle, with a single robot able to handle up to three different casting modules; alternatively the integrated casting centre can, on request, be equipped with a latest-generation Sacmi pre-dryer (FPV or FPL depending on whether mono or multi-mould cells are used) capable of reducing residual moisture by up to 35% and thus providing pieces already mature enough to be transported and placed on carts before they’re sent on for final drying and firing.

Elegant designer washbasins – manufactured ‘live’ for visitors inside the same robotized casting centre – are, then, the result of the innovative ALV, a solution specially designed to produce such items, which need to be cast horizontally. In this case the ALV module – which also has changeover times lower than actual casting times – was coupled with the ADI but can, in principle, be configured in the robotized casting centre any way producers see fit.

At Sacmi (which, in over 30 years of doing business in the industry has developed and marketed some 30 complete plants, 280 WC casting systems, 170 washbasin and shower tray casting systems, 51 driers, 1,040 robotized glazing solutions plus 375 kilns and 6,228 moulds, all over the globe), 2016 marks the beginning, via advanced product and mould design solutions, of 3D digital modelling. This, then, was the common thread running through the various solutions shown to visitors during the special visit to the sanitaryware R&D lab: from digitilization of the designer’s preliminary drawing (followed by perfect digital reproduction of the piece, then physical prototyping using a 3D printer) to advanced mould design software. The mould – usually finished on site – can be refined further via a real-time, error-free scanning solution that records, to an accuracy of one thousandth of a millimetre, all the modifications that will then be replicated on the die.

All-new GAS (glaze application scanning) technology is taking us in a similar direction: this advanced software makes the glaze spraying cone both visible and measurable, simulating all process parameters and allowing further reduction of overspray. It also provides feedback control of line operation (via real-time interception of any changes in glaze rheology, glaze nozzle clogging etc.).

GAS is only the latest new product in a sector – Sacmi-brand robotized sanitaryware glazing – that saw, in 2016, the extraordinary success of the new GDA 80 (Gaiotto Diaphragm Automatic Gun) needleless glazing gun. The latter has become extremely popular on the market (a good 110 solutions have recently been supplied) as it eliminates the need for maintenance while simultaneously boosting quality and process repeatability. Alongside this, Sacmi has gone a stage further with robotized glazing solutions (implemented on the latest Gaiotto GA-OL robot series) by introducing, as early as 2014, a new ‘smart’ software release for off-line robot programming: this feature revolutionises the way the production process is conceived as it allows the operator to program glazing recipes in advance on the PC – thus modelling gun trajectories and setting all the spraying parameters – and eliminate the downtimes that stem from the need to reprogramme the robot during size changeovers. Once executed, the programme can, in fact, be simulated and optimised without having to intervene directly on the line; programs executed in self-learning mode can also be imported to modify and optimise them.

“Zero downtimes”, quality and energy for the industry: this is Sanitaryware 4.0

This, then, is how Sacmi (which during the second part of that special day on 26 September took clients on a guided tour of another example of regional excellence, the Lamborghini factory in Sant’Agata Bolognese) is developing and, indeed, putting into practice Industry 4.0 principles within the sanitaryware industry. Automation, improved worker skill sets, digitilization and quality control capable of acting retroactively on the process are all being used alongside new consumption optimisation systems. And that means all consumption: in terms of energy (30% lower overall), of course, but also in terms of wasted time (slashed by over 65% thanks to elimination of the downtimes associated with synchronization of casting and mould changeover and reduced storage and handling requirements thanks to utilisation of advanced pre-dryers etc.); lastly, compared to traditional solutions, processing residues are 25% lower, offering direct advantages in terms of process efficiency and lower disposal costs.

Sacmi also sees Sanitaryware 4.0 – and has done for several years – as the development and provision of advanced after-sales services, supplied via its worldwide sales and spare parts network. That same goal is also, and above all, achieved via the cutting-edge remote support software installed on the machines; this allows customers, wherever they may be in the world, to count on the real-time support of specialised Sacmi technicians to fix all the most common problems. Sacmi, in fact, provides customers with customised solutions right from the design stage and carries on providing close support throughout the working life of machine and plant. 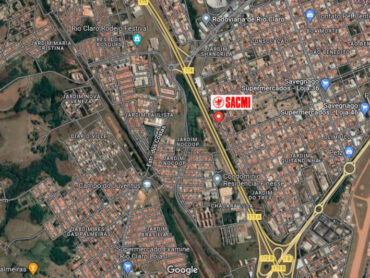 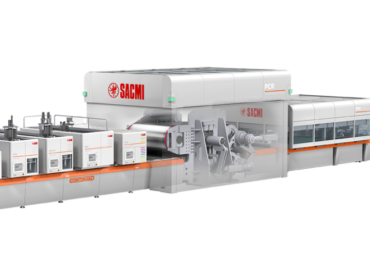 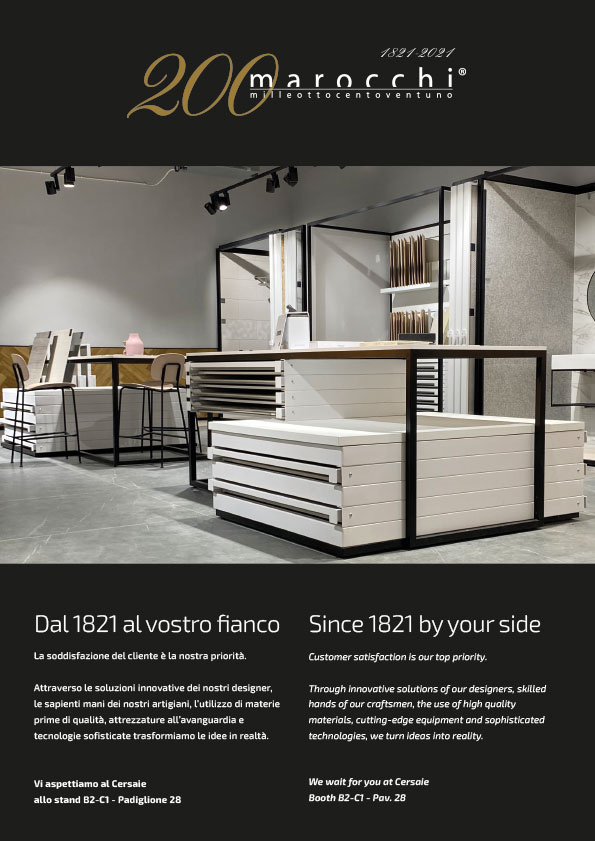 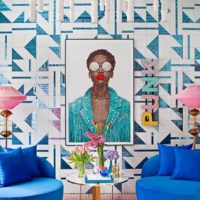 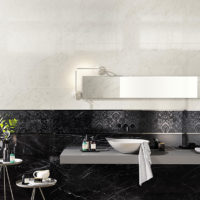 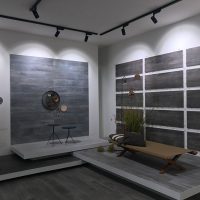